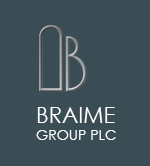 The group has a rich heritage, tracing back its origins to the 19th century, when oilcans made in a small workshop by Thomas Braime quickly gained a reputation for quality. Thomas, the eldest son of a veterinary surgeon, was apprenticed to McLaren, an engineering company manufacturing steam traction engines, but after losing his thumb in an accident, was inspired to look for effective ways to apply oil to machinery. In 1888, he set up production in Hunslet, Leeds, using the new pressings technology. His younger brother Harry, also a skilled engineer joined him as partner. The rise of the motor industry increased demand for metal pressings and larger premises were soon needed for the expanding business. The current Braime buildings, with its attractive red brick and terracotta frontage, was constructed between 1911 and 1914. During the First World War, the company played an important role in armament provision, training women as skilled munition workers. The group’s headquarters remains its listed buildings on Hunslet Road, the beautiful interiors are often used in film sets. However, today, the group is truly international with subsidiaries in North America, Europe, China, South East Asia, Africa and Australia.

Thomas Braime sets up production of steel pressings in Hunslet

Foundation of 4B Braime Components, to serve the bucket elevator & conveyor market

4B acquires the French elevator company SETEM, which becomes known as 4B France

The group opens regional office in Thailand: 4B Asia Pacific

The group moves into Germany with 4B Deutschland

The group opens a subsidiary in South Africa to serve the subsaharian market: 4B Africa

Commemoration of 130 years of "Engineering Excellence"